Diversity creates variations that can be influenced by choice. As the environment changes, selection takes place and the average characteristics of the species gradually change. Evolution means that the distribution of genes and the characteristics of a species changes over the generations. 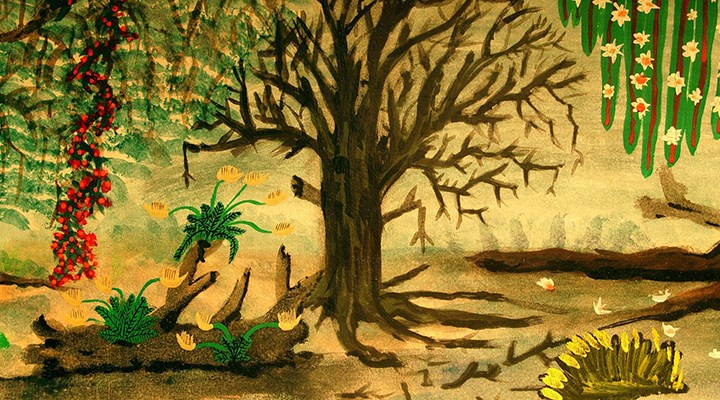 For many years, so much opposition to evolution prevailed in Turkey that evolutionary change was only related to the transformation of one species into another (specifically, “monkey-to-human transformation”) and that it would take millions of years to observe what is called “evolution.” The lie that evolution is not based on observational facts was very popular with the public, and it took more than 10 years to explain that “evolution” is a law of nature and that the body of scientific information explaining this law is called ” Theory of evolution! ”The education system is so weak that it cannot even learn that“ gravity ”is a law,“ Newton’s theory of gravity ”or“ Einstein’s theory of general relativity ”are theories that explain this law, differing in scope and strength. Therefore, young people (and therefore the public) were not able to generalize and use the information they learned in school by heart just to pass the exam, and they could not understand the essence of science (and therefore the Universe in which we live and which education system should report).

But thanks to the tireless efforts of scientific communicators, we can say that this vicious and distorted perception of evolution is slowly beginning to break. As far as I can see, people, at least young people interested in science, say that evolution no longer means “monkey transformation into man”; they know that evolution is a change over generations of any distribution of genes / traits in any population. They began to realize that the formation of one species into another is not a definition of evolution, but an inevitable consequence (just as the bending of space-time fabric is a definition of gravity, the fall of an apple, or the formation of planets are the result of this natural law). Humans are much more familiar with the fact that all that is needed for evolution to take place is the pressure of intraspecific diversity and environmental selection, and that when these two conditions are met, evolution almost inevitably occurs that new species can evolve.

Let’s take diversity. Each of the trillions of cells in our body undergo mutations at all times; that is, the genetic information in their body changes randomly. Most of these changes can be corrected by intracellular mechanisms; but every few hundred millionths is overlooked and left uncorrected, passed on to the descendants in this line (remember that each of your trillion cells has approximately 3 billion nucleotides that are prone to mutation). If this mutation; If this happens in the tissues that produce reproductive cells, in reproductive cells such as sperm and eggs, in the zygote created by their fusion, or in the first few divisions of the embryo created from this zygote, it will permanently change all the genetic information. the living thing (because all our other cells contain the genetic information carried by these few cells. it is copied a trillion times, and if an error occurs in these ancestral cells, all our cells and even the cells of our descendants and grandchildren will inherit this error).

But even if there were no mutations, our diversity would increase simply because we reproduce sexually (that is, we connect the female and male germ cells to form offspring). Because in order for these cells to form, it is necessary to experience a special division called meiosis and the genes inside the cell are randomly mixed. This constantly increases diversity.

A set of “diversity mechanisms” such as this ensure that different living species have different characteristics. These are not necessarily physical differences seen from the outside. Its infrastructure can be anything that is partially or completely determined by genetics, from how an organelle behaves in a cell in the presence of a chemical, through the rate of transmission of electrical signals in nerve cells to the amount of salt that is allowed to accumulate. in the space between the cells or on the amount of spread of the root hairs of the living creature.

Great diversity is a great advantage; because the environment is constantly changing and the combination of genes and traits that are beneficial today may not be beneficial in the conditions of nature tomorrow. For example, the body size of your species is appropriate for a certain ambient temperature; but the climate is changing and you now have to live in much lower temperatures. If the fluctuations in temperature suitability within its population are narrow, that is, if all individuals of the species (throws) can live on average between 16 and 18 degrees, but if temperatures on average have dropped to 10 degrees due to environmental change, extinction of your species will be inevitable. . However, if your species’s diversity is between 8-24 degrees (most individuals are compatible with 12-20 degrees, although some individuals in your population may live at temperatures up to 8 degrees or up to 24 degrees), then the overall species will adapt to temperature changes much more easily. . This increases your chances of maintaining your line in radically changing environmental conditions. As the environment changes and these extreme members of your species survive and multiply, the average characteristics of the species change to reflect them. When you think about it in millions of features, not just one, you can see that it is not at all difficult for a genus species to transform into a new species with a completely different appearance (and other characteristics).

That is why diversity is known as the “fuel of evolution”. Diversity creates variations that can be influenced by choice. As the environment changes, the selection proceeds as described above, and the average characteristics of the species gradually change. Because evolution means that the distribution of genes and the characteristics of a species changes over the generations, “That species is evolving.” we say. A “new species evolved” when that species differed sufficiently from its ancestors to be statistically distinguishable. we say. This is the point I mentioned at the beginning that confuses people.

Measuring diversity is essential; because, as Ronald Fisher showed in the 1930s, the amount of genetic variance (ie diversity) in a population at a given time is a direct measure of the rate at which the organism’s population has evolved according to its environment. For example, Drosophila serrata vinegar flies, reared only in New Guinea and only in Australia, when forced to live in low-food and restricted environments, can develop much more slowly and slowly than flies from a mixture of the two geographical populations. , and therefore more diverse. A highly diverse mixed population may have a much higher number of individuals than the other two populations after removal of the selection pressure. These experimental findings indicate that there is a close relationship between diversity and the rate of evolution.

Another method is to look at historical data: For example, in a new study published a few days ago, experts analyzed changes in diversity over 30 years (a total of 2.6 million hours of field data) of 19 different animal populations. 40 different researchers from 27 different research institutes around the world. These species included desert wren from Australia, spotted hyenas from Tanzania, song sparrows from Canada, and deer from Scotland.

The results are amazing: The amount of species diversity over the last 30 years is 2 to 4 times greater than we ever thought! This means that there is more “fuel” that evolution can work with. However, it is not yet known whether this amount has increased recently or has remained stable. Increasing diversity could potentially mean an increase in evolutionary speed, and if this can be demonstrated, it can be concluded that species adaptation efforts have increased due to the man-made climate crisis.

Let’s not say, “Living things are evolving.” We often use words like “species adaptation,” but evolution; It is not something that happens by will, desire or effort. Living things try to survive and multiply in their daily lives; only some succeed, and when we look at the genealogy of those who have succeeded, we see that species are changing to favor them. As latecomers, we make statements like “evolved alive” or “trying to adapt” to describe this pattern. Otherwise, none of the species realize that they have evolved over generations; in any case, a single individual of any species does not develop at any point. What we call evolution is something that happens across species populations, for generations.

But in any case, as such studies show, it is not necessary to study millions of years to observe the evolutionary transformation of species and reveal their traces. Just 30 years of data is enough to observe evolution and its effects.